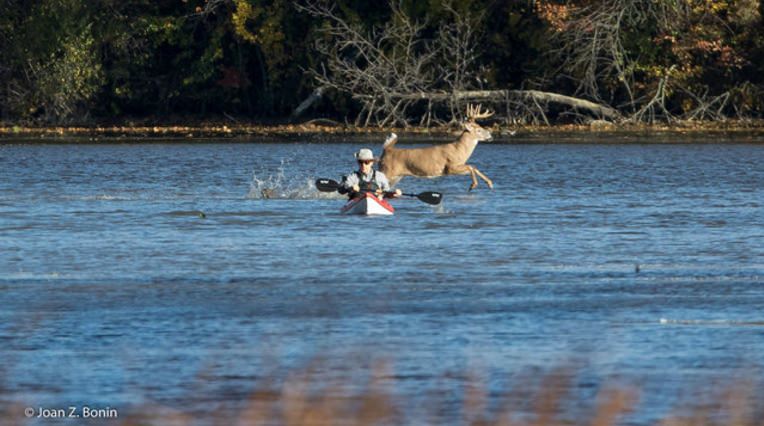 If the human is allowed to get internet’s 15 minutes of fame, then a buck also deserves it. A photographer named Joan Zeller Bonin was focusing on a kayak when this big buck appeared out of nowhere and darted behind the kayaker. This photo was taken on last Saturday at Stony Creek Metro Park in Shelby Township. The photographer though that this buck is going to knock this kayaker out of his kayak. Thank god, that didn’t happen. The funny part is the kayak had no idea until he saw the pictures.